Why is this Point of Interest interesting?

King Felipe II (1527-1598) ordered the construction of a fortress in the narrowest part of the Ferrol estuary to protect this entrance and which took its name: Castillo de San Felipe. The discovery of America and the struggles between Spain, France and England for control of the Atlantic had turned Ferrol into a port of great strategic importance and it was necessary to protect it. Along with that of San Felipe (1589), the castles of Nuestra Señora de la Palma (1596) and San Martín (1596) were also built, whose remains can be seen on the other side of the estuary. However, these constructions were not enough to protect the estuary, the port of the Spanish Armada on its travels to northern Europe. It took until the 18th century for various modifications to be undertaken that expanded and improved the fortification. 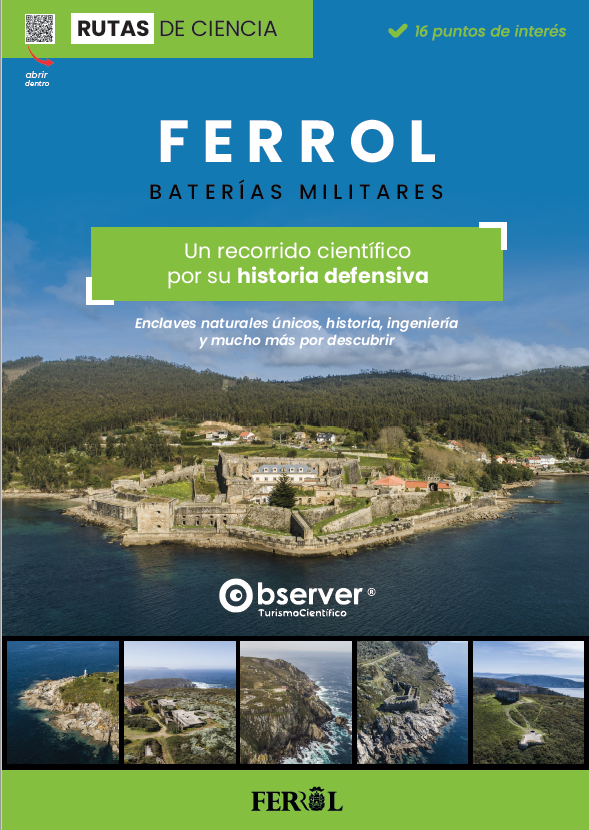 On the work that the engineer Pedro Rodríguez Muñiz had carried out in the 16th century, Francisco Montaigú began in 1726 some works that Juan Vergel would follow and Miguel Hermosilla would finish off in 1775. The renovation results in one of the most modern forts of its time, with an outstanding armament and protection endowment that configures its particular starry shape. Already in the 19th century it would undergo the last reforms at the hand of Enrique Montenegro y López. The fortification was declared an Asset of Cultural Interest in 1994 and is open to the public every day of the year, from 10am to 2pm and from 4pm to 8pm. It also offers guided tours every Saturday and Sunday at 5pm, but they can also be booked in advance.

The current fortification covers 16,000 m2. Its silhouette adapts to the complex orography, applying the patterns that prevailed in the 18th century, when it acquires its current appearance. It is a bastioned battery, so its design is characterized by projections or corners that improved the defense of the fort. As the canons of the coastal fortresses commanded, towards the sea it has a line of cannons, while facing land the bastions in which the soldiers who had to face the attack by land were positioned.

The coastal area has a well-preserved low artillery line, with embrasures and merlons that helped the castle's soldiers to protect themselves. Between the outer and inner walls there are transverse parapets that are reminiscent of bridges called espaldones. These were used for the artillerymen to take shelter from enemy fire when they were in this area.

On the same coastline, under the sea, but visible, the anchors that made it possible to lay and collect the floating barrier that crossed the estuary, from San Felipe to San Martín, still resist to prevent the entry of enemy ships. It was made up of masts, ship wrecks and other large pieces of wood joined by a rope. The fact that it was floating is not negligible, since in this way they guaranteed that with changes in the tide the barrier always fulfilled its function. It only extended in moments of danger and it seems that it fulfilled its deterrent role since an enemy ship was never able to enter the port of Ferrol.